Comber Grove Estate is laid out as a series of U shaped blocks with gardens and entry colonnades on the opposite sides. The architecture and entry sequence is a widely repeated type though more often organised as linear blocks. The formal garden side seems to have been largely symbolic; today the gates are kept closed. The overall pattern, however, has allowed the parking areas to remain well defined. Stair cases are ‘open air’ but well enclosed and visually and spatially separated from the exterior. Although this makes for a disconnection with the exterior the five-storey height maintains a good connection with the exterior and city from the access galleries. However, it’s the urban configuration which is most interesting with its formal and informal sides and semi-enclosed courtyards. There is a looseness in planning while establishing good connections with the surrounding streets. It manages to avoid the formation of an interior cut off from its surroundings (e.g. Bourne Estate) while articulating clearly defined courts. The more recent handling of some of the entry spaces to the galleries is poorly executed making it feel as if one is entering through a car park rather than pedestrian entry (see bottom-most images below). 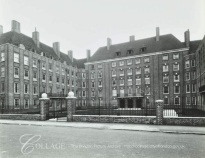 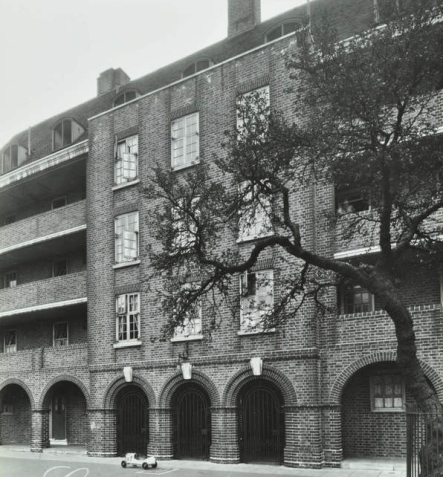 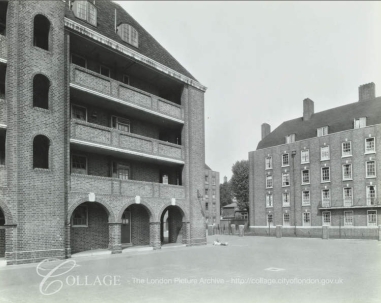 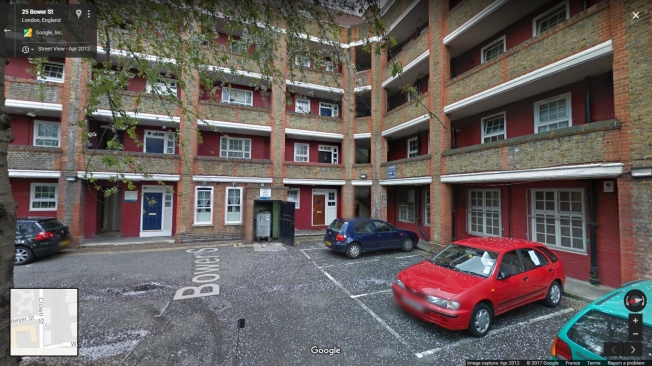