There is an entire subset of Victorian mansion and tenement block entry sequences. Tonbridge House is a three-sided courtyard block with a brick archway formally marking the boundary between street and court. In terms of sequence this is the only aspect that sets it apart from Peabody blocks with its internalised court. The gate and arch make the court a more formal part of the entry sequence but beyond that the vertical circulation is typical (internal stair core). The court, along with the architectural embellishments, is meant to endow the housing with an overall sense of dignity and monumentality. There is little evidence of the court being used for recreation or appropriated in any way. The block to the south is part of the development but is built as a separate building with its own entrance (a simple opening onto the street). 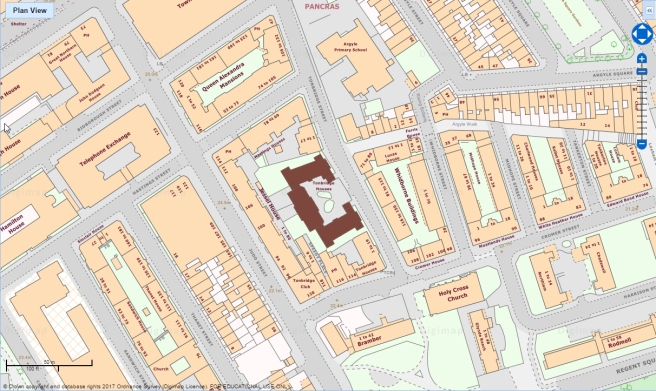