This project could be lumped together with the Boundary Estate, however, in terms of its entry sequence and relationship of dwellings to the city-at-large it is distinct if not more interesting than its predecessor. Its exterior is defined as a perimeter block with monumentalised archways which mark the leaving of the city and entry into a precinct. Within the perimeter there are a series of courts defined by freestanding blocks. The courts have alternating uses – entry courts and gardens, today replaced by parking and gardens. The project proposes a city with a city with distinct places. Entry into the blocks themselves are based on the Model Dwelling type – open stairs leading to short galleries.

This type could be seen as related to the Peabody model but here there is an effort to make a place out of the in-between spaces. In addition, most previous projects of this type are based on a courtyard or single contained space. The Bourne Estate proposes a district with a network of  passages and paths. It is interesting in that it is both apart from the city but proposes its own urban identity on the interior. The clarity of the layout also means that it avoids labyrinthine confusion. From any point on the interior you can see the perimeter block and understand that the ‘city’ is just beyond.

Where the Boundary Estate makes a sincere effort on the quality of design and materials on the exterior (but less so on the interior spaces) here there is considerable thought put into articulation of the circulation spaces. In places galleries and paths are defined by thick solid low walls and in others by railings. The distribution of materials and formal language is consistent throughout avoiding both overly pragmatic or decorative resolution. The galleries are well used in places and appropriately more frequently on the upper levels. This includes flower boxes and benches but is also still used to hang laundry. This suggests not just an extension of leisure activities into the exterior but also functional ones. In places residents have built in custom designed flower boxes making more permanent inroads into the galleries than that provided by mobile flower boxes or pots. Some galleries do remain barren but do not project a sense of neglect. In general, the upkeep and retrofits on the estate respect the intentions and character of the original design, however, in places some of the entries have been handled crudely (caged in entry-ways) projecting an atmosphere of insecurity. 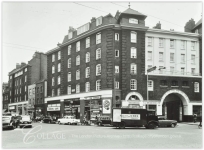 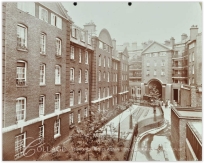 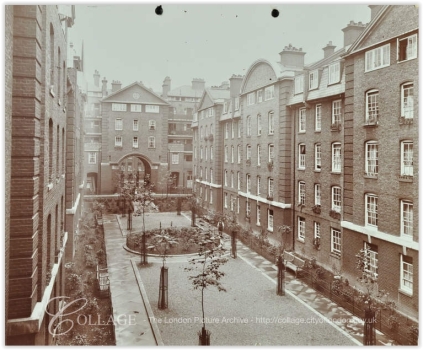 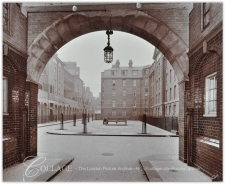 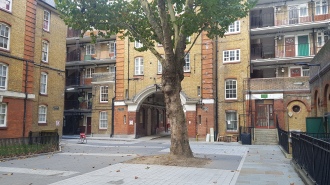 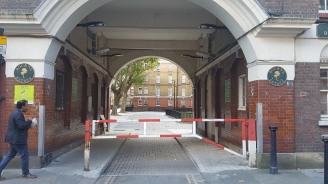 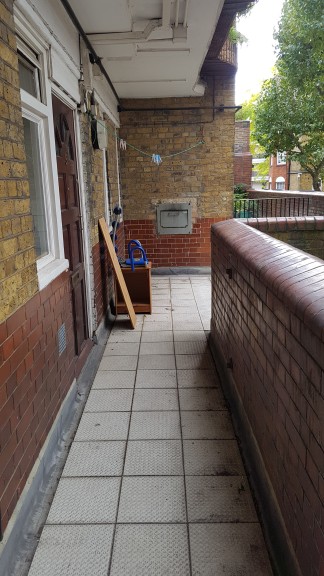 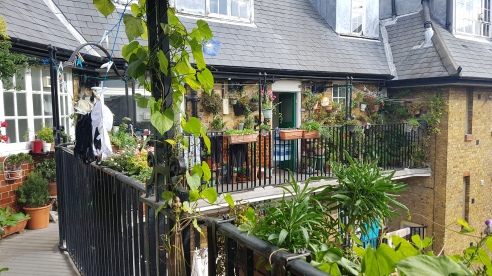 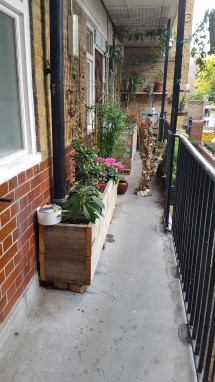 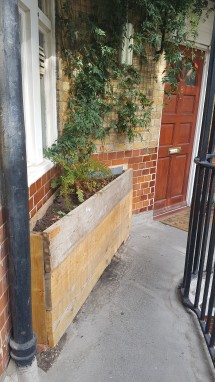