This is a variation on the ‘four-dwellings-within-one-house-form’ model with its entrances facing the same direction. In this instance they face a short pedestrian passage. There is a condensed but highly articulated entry sequence. While similar to the Colonies‘s arrangement there is a concerted effort to provide distinction for each unit’s entry. The lower dwelling’s doors face away from each other while the upper doors are accessed off a shared landing. The stair layout seems straightforward but provides for different routes and choices for its residents. The gates on either side can be used, and identified as ‘theirs’ by two to three different residents. It provides the only access to the lower level unit while also providing access to the stair leading up to one or the other unit. The paired first-run stair segments allow for the inhabitants of the upper unit to ‘claim’ one side as part of ‘their entry’. Nevertheless, there is nothing to stop someone using, for example, the right-hand gate and stair to reach the left-hand upper dwelling. The asymmetry and fluidity of this entry sequence is rare (see Alexandra Road for another example) and highlights problems found in other types where there is either too little flexibility or too great an ambiguity over how one can identify and claim spaces. An early version of this arrangement appears on the garden elevations of Thompson’s Manor Grove Experiment. 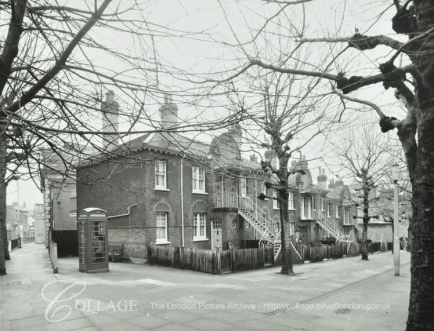 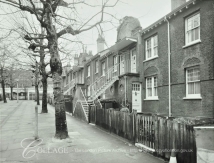 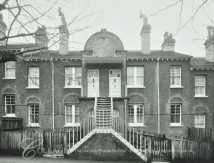 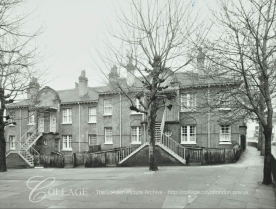 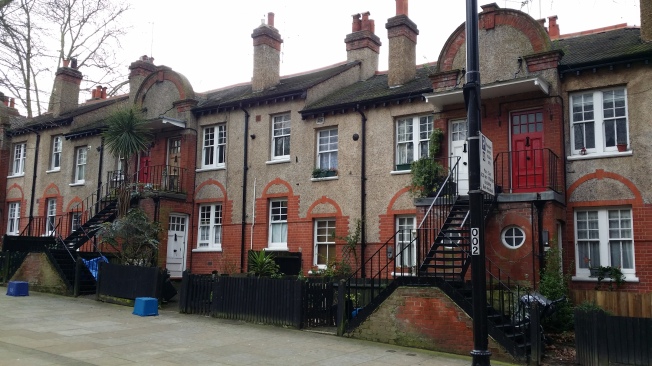 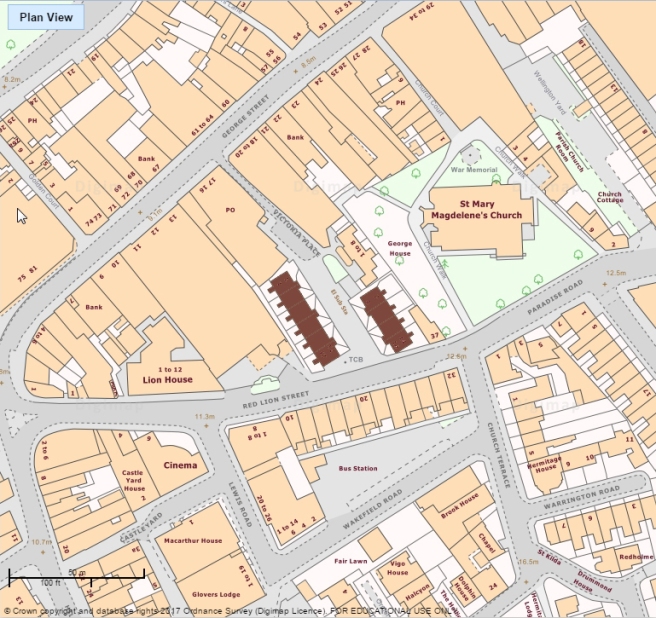