Although Roberts’ Streatham Street project is important as an early gallery access type it is the Model Cottage that had a more immediate and significant impact. The cottage became a model for a host of Victorian blocks featuring exposed vertical circulation and front door facing the street. Robin Evans has covered the moral impetus for this innovation (Robin Evans, ‘Rookeries and Model Dwellings’). As a prototype this project is significant for introducing the idea of a collective form of arrival. Although collective circulation is present in the Glasgow tenement and Streatham Street in Roberts’ Cottage it is made explicit, signposted and, perhaps unintentionally, celebrated. There is something immediate and connective in the way one moves up along the façade void overlooking the pavement, as much as in the more celebrated Georgian terrace. There is even something fundamentally urban about the gesture. 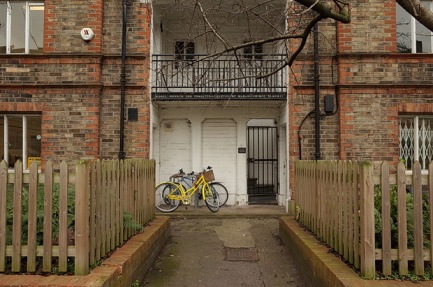